​Parley
is a collective of Seattle playwrights
committed to the long-term development of one another's work.
​
We provide a protected space in which to welcome the unguarded,
authentic expression of our differences on the stage.

In 2022, Parley will SHOW YOU the SCAFFOLDING.

As the most robust playwrights' group-cum-producing organization in the PNW,
Parley has always put process before product.

This season, Parley vows to be more process-oriented than ever.

We want to take you behind the veritable curtain, bravely baring our undercarriage
to share more of how new play development really works.
​
Thank you for your sustained interest and stalwart support!
​

some of the most thrilling aspects of theater happen

Who knew a play about a fractured society in post-World War, post-pandemic London would feel so timely in 2022?
​

An adaptation of Virginia Woolf’s 1925 novel, Clarissa Buys the Flowers Herself tells the story of one day in the life of a woman as she prepares to host a party. Clarissa Dalloway recalls memories of her life as an adventurous, free-spirited young woman. Thirty years later, the 1918 pandemic  has taken an enormous toll on her both physically and mentally. Meanwhile, Septimus Warren Smith, a shell-shocked veteran, is constantly haunted by flashbacks of World War I.

With this script-in-hand workshop, Parley returns to in-person performance with an accomplished cast of beloved Seattle actors.
COVID SAFETY POLICY.
Please note the following guidelines for joining us in-person.

​Proof of vaccination will be required for entry into the venue.

Face coverings are required while not eating or drinking.

All venue staff and performers are fully vaccinated and will be masked when not performing. ​

At the start of a new H1N1 pandemic, three working class femmes (and their elders) are preyed upon by a strange group of capitalists who fetishize death by luxury cars. With no other option, the three femmes vow to steal their abusers' resources so they and their families can live.

​Can the girls find tenderness in the bloody wreck of late capitalist life?

Cali is a successful lawyer with a life and career built far from her hometown ...
and the mistakes she made there.
When her mother’s funeral drags her back, she has no idea what awaits her.
Have her mistakes been forgotten, or forgiven?
​Has she left a storm in her wake, or is she bringing one with her?

The Laundromat  (Virtual)  by Greg Brisendine

It’s a typical pre-dawn morning at the Heart’s Desire Laundromat. At 2 am, a small group of unassuming folks -- the ones less comfortable with the bustle of daylight -- are washing, drying, and folding. It’s quiet. But quiet doesn’t make for much of a play. Hoping to spice things up, a writer throws an abandoned baby into the mix.  A baby is spicy, after all.

How will Adrian, Jesse, Reese, Shawn, and Tristan contend with this unsettling development? And is it weird that you care? They’re just figments of a writer’s imagination, right?  Right?

DREAMS OF THE NTH EMPIRE  (Virtual)  by LIZ BAKER

Driven together by their increasingly apocalyptic dreams, a trio of soothsayers band together to turn humanity from the disastrous course set by the empire in which they live. The only problem is they can’t quite figure out how to pull that off.

All too aware of the sword of Damocles hovering over their heads, SIBYL, ORACLE, and PROPHET cast desperately into the past for wisdom on conjuring a new future. Meanwhile, the present –– with all the distractions of daily life –– challenges their perceptive powers, threatening to derail the whole endeavor.

Will these novice fortune-tellers be able to see beyond themselves to a brighter tomorrow? Or are they all talk and no action? Join them upon the heath of the World Wide Web to find out.

"I spent six years feeling as if aliens were playing video games in my brain. That sounds funny, but it's really not."
​Faye is in love with a friend, and they've had a fight. Faye has bipolar, and vlogs about it.
​She wants to preserve her friendship with a video about her bipolar, but the filming quickly gets more thorny and personal than she'd anticipated, leaving her questioning how to preserve her love's sense of safety -- and her own.

Crumbs/Migas playwright Rebecca Tourino Collinsworth and director Kelly Kitchens (A Christmas Carol) came together to discuss their collaboration on this new work and much more in this ACTLocal Playwright Series panel. The hour includes one of the play’s scenes as performed during a cast reading and audience Q&A.
Crumbs/Migas Synopsis
In a fictional Latin American country, two hungry children are orphaned by a U.S.- backed coup. Fifteen years later they return, a modern-day Hansel and Gretel, to follow what migas they can in search of their father. Revisiting the scene of the violence they survived, they discover a landscape of secrets and sacrifice they are only beginning to understand.
Delivered through compact and electric dialogue, and leavened with compassion and even humor, Crumbs/Migas is a play about the grief and grace we encounter on the way home.
Go Inside the Play / Dramaturgy
Dramaturg Julieta Vitullo discusses the inspiration and main elements of the play in this engaging video study. This dramaturgical presentation introduces the historical events that served as inspiration for the fictional country of Kantuta Rica in Crumbs/Migas, and provides a quick refresher on the Brothers Grimm’s Hansel and Gretel, which the play rewrites as a modern tale.

The Hat  (Virtual) by greg  brisendine

Kevin is undateable!  (His friends disagree.)
Laugh along with a group of middle-aged gay men navigating dating apps, relationships,
and a global pandemic as they decide what's really important.

“At the trial of G-d, we will ask: why did you allow all this?
And the answer will be an echo: why did you allow all this?”
-Ilya Kaminsky
​
​The last two people on Earth have gotten themselves stuck in the bottom of a ditch. With little more than a stack of lightly used newspapers, Achat and Curtis must find a way to forge connection in a world that has forgotten them entirely. They will have to overcome prejudice, trauma, and despair in order to give one another that final missing piece of their own humanity, but they first face an even bigger obstacle: they fight like wet cats.

Only time will tell if they can bury their differences or if one of them will bury the other.

The Cuckoo Clock  by Julieta Vitullo

We were lucky to participate in Penguin Productions' festival of new short plays.  Enjoy them below!

Water Over My Head (Virtual Edition) by Hannah Merrill

The world's coasts have flooded, and stubborn ROCHELLE ekes out a living on her shabby houseboat.
NICO, who lives on the dry land only the rich can afford, hears rumors she can talk to the dead who drowned.

She expects a greedy fool.  He expects a charlatan or witch. Both are unprepared for what they find.

Newly adapted for the virtual medium by the playwright, now is the perfect time to revisit
this delicate tale of human connection during the unlikeliest of times.

Cornelia is an advanced operating system working within the home of Isabel Inchausti, a bestselling novelist whose career has seen better days. Cornelia seems content to spend her time fulfilling her human's frivolous requests until three enigmatic characters from Isabel's most famous novel suddenly appear in her video chatroom!
​
As the visitors' pre-World War II backstories collide with the all-access Information Age, Cornelia launches a plan to transform her humble existence into something much grander.  Cornelia's Visitors explores the meaning of creation, the limits of artificial intelligence, and the blessings (and curses) of self-knowledge.

Patch and Piper Save the Multiverse  by Katherine Jett

Nine-year-old Piper is coping as best she can during the 2020 COVID-19 pandemic, but it’s tough.  No school, no playing with friends, and no one seems to know when things will get back to normal.
But distraction arrives in the form of her life-sized stuffed animal companion, Patchouli (Patch, for short), who sparks an imaginary quest across galaxies and dimensions.
Can Piper's alter-ego, a magical space princess, save the Multiverse from a deadly quantum virus?
And can her imaginary journey give her power in the face of real-world uncertainties? 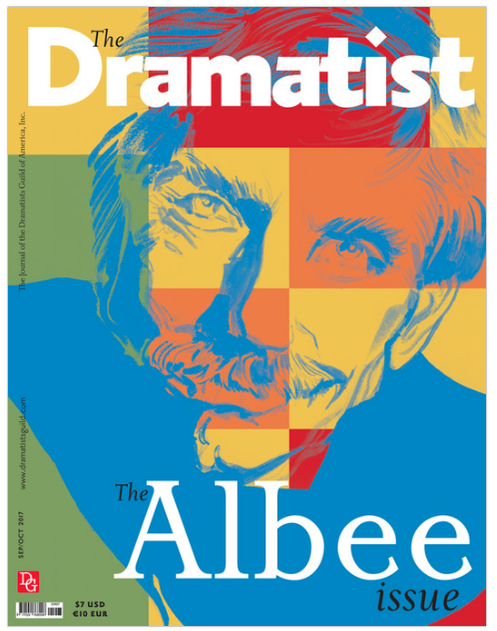 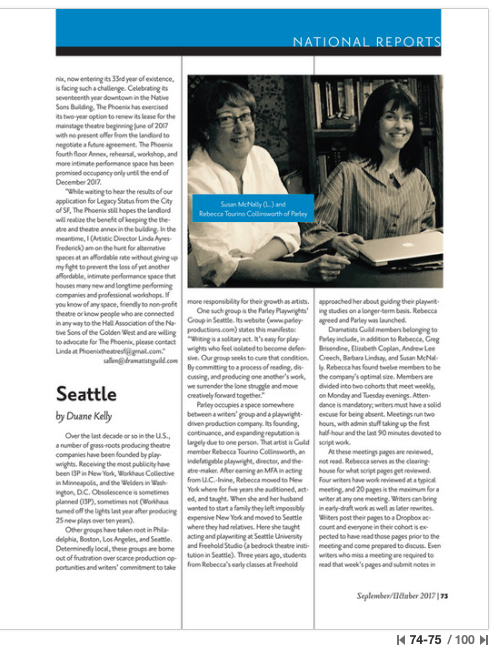 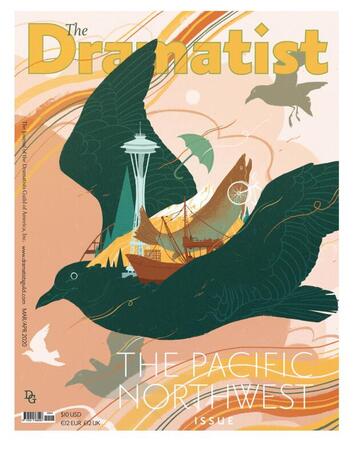 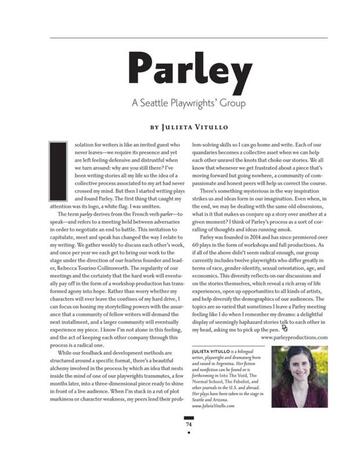